Following a short conversation on Linkedin, we realized that the definition of the purpose of business is still very much open for debate. Let’s review some of the most remarkable statements made in recent years on the matter and reach a verdict on a definition.

In an earlier post, we outlined that the renowned management consultant Peter Drucker had stated that ‘the purpose of business was to create (and keep) a customer.’

Drucker was right: there is no business without customers, and customers (early ones even more so) need to be rewarded for putting their skin in the game.

However, in another post, we mentioned the highly-respected economist Milton Friedman. In his letter to the New York Times in 1970, he had stated that the only social responsibility of business was to increase shareholder value. If individuals felt the need to compensate other stakeholders, that was their social responsibility, not that of the company, Friedman argued.

Friedman was right: if growth is limited to productivity growth, capitalism would not exist – we would call it socialism. Business needs capital (cash and credit), and shareholders need to be compensated for putting their skin in the game. 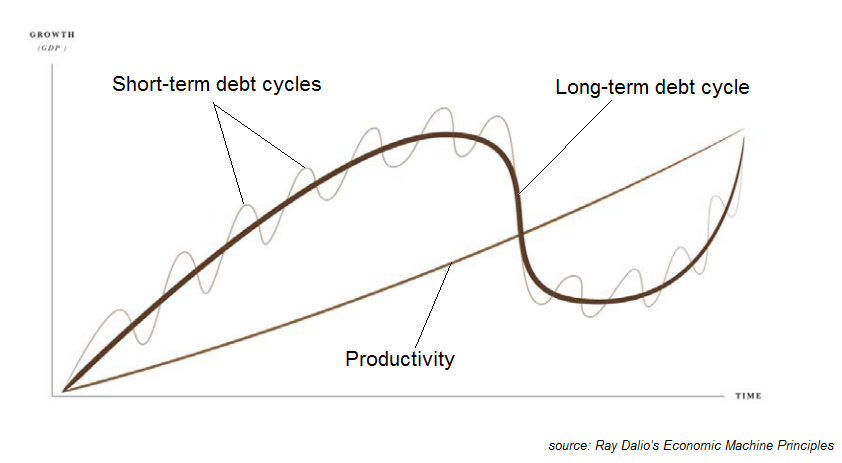 Contrary to Friedman’s shareholder-centric theory, in 1984, economist R. Edward Freeman defined what is commonly known as the stakeholder theory. The idea is “a view of capitalism that stresses the interconnected relationships between a business and its customers, suppliers, employees, investors, communities, and others who have a stake in the organization. The theory argues that a firm should create value for all stakeholders, not just shareholders.”

Freeman was right: all stakeholders have skin in the game and deserve their share of captured value; however, as argued by Friedman, how can we determine their fair share?

Although the Business Roundtable, an association of chief executive officers of America’s leading companies, had long committed itself to Friedman’s shareholder-first doctrine, in 2019, following a barrage of public finger-pointing speeches by Senators Elizabeth Warren and Bernie Sanders, directed at extremely well-paid CEOs and their shareholders, the association came with a new perspective on the purpose of business.

They stated the following: “While each of our companies serves its corporate purpose, we share a fundamental commitment to all of our stakeholders. We commit to delivering value to our customers, investing in our employees, dealing fairly and ethically with our suppliers, supporting the communities in which we work, and generating long-term value for shareholders.”

The association was correct: businesses need to provide value to each stakeholder; however, the statement allowed each associated member to determine how captured value is distributed amongst its stakeholders.

While the statements above contradict, each one holds merit. Indeed, they can’t all be true? Well, some things are not as black-and-white.

Today, most companies determine for themselves what’s fair to everyone and anyone and rely on public opinion to scrutinize their actions. Some make better choices than others.

The primary purpose of business is to ensure that it is entitled to capture value from customers, by creating and delivering customer value to meet actual demand, most productively and sustainably, in an effort to fulfill its secondary purpose, to provide its stakeholders with an equitable share of the value captured.

We know that this definition is open to interpretation, which is fine. We merely wanted to provide an alternative description.

To explain the various positions, we’ve created the following scheme: 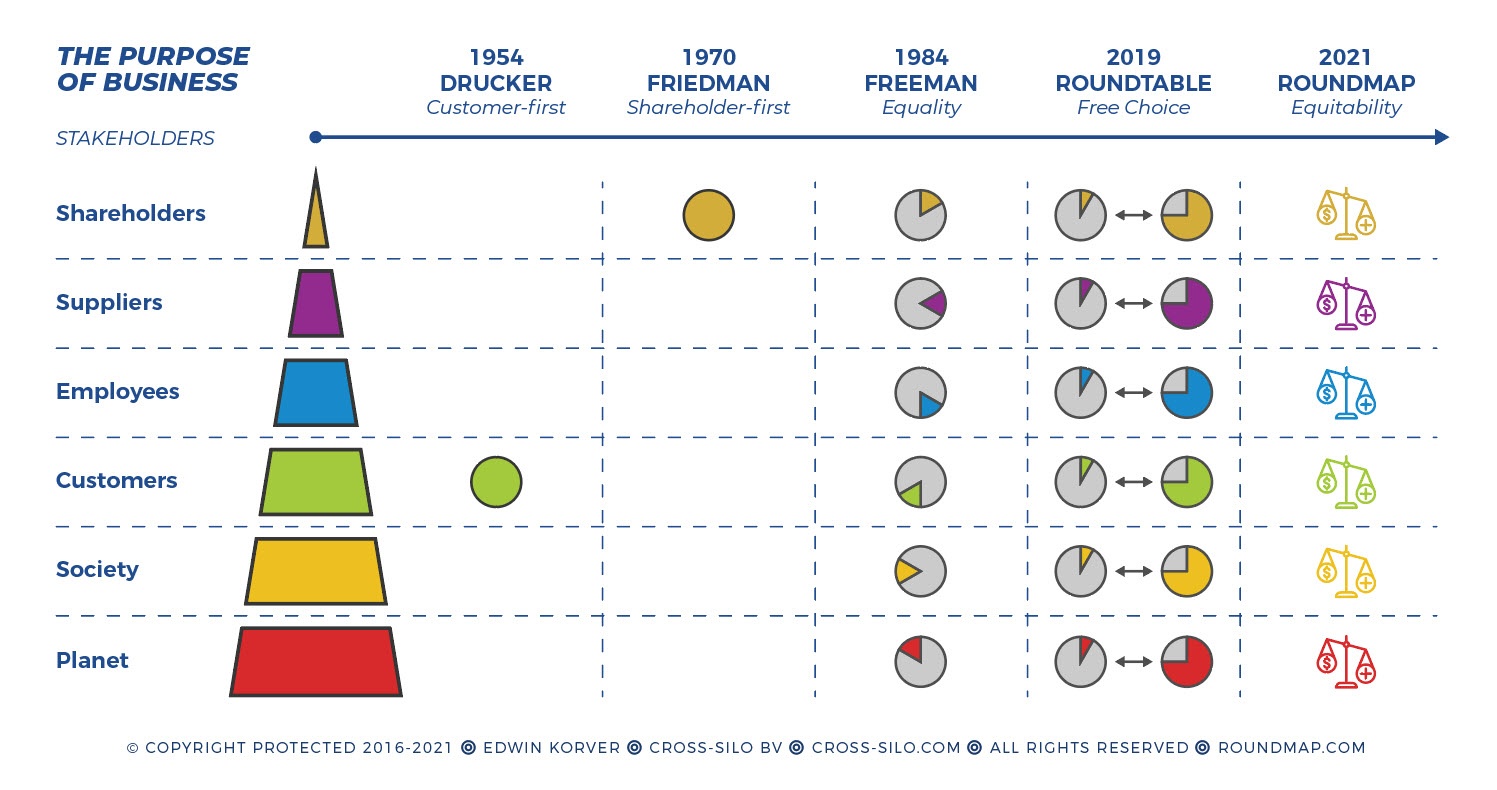 You’re free to share our definition, provided it is appropriately attributed: