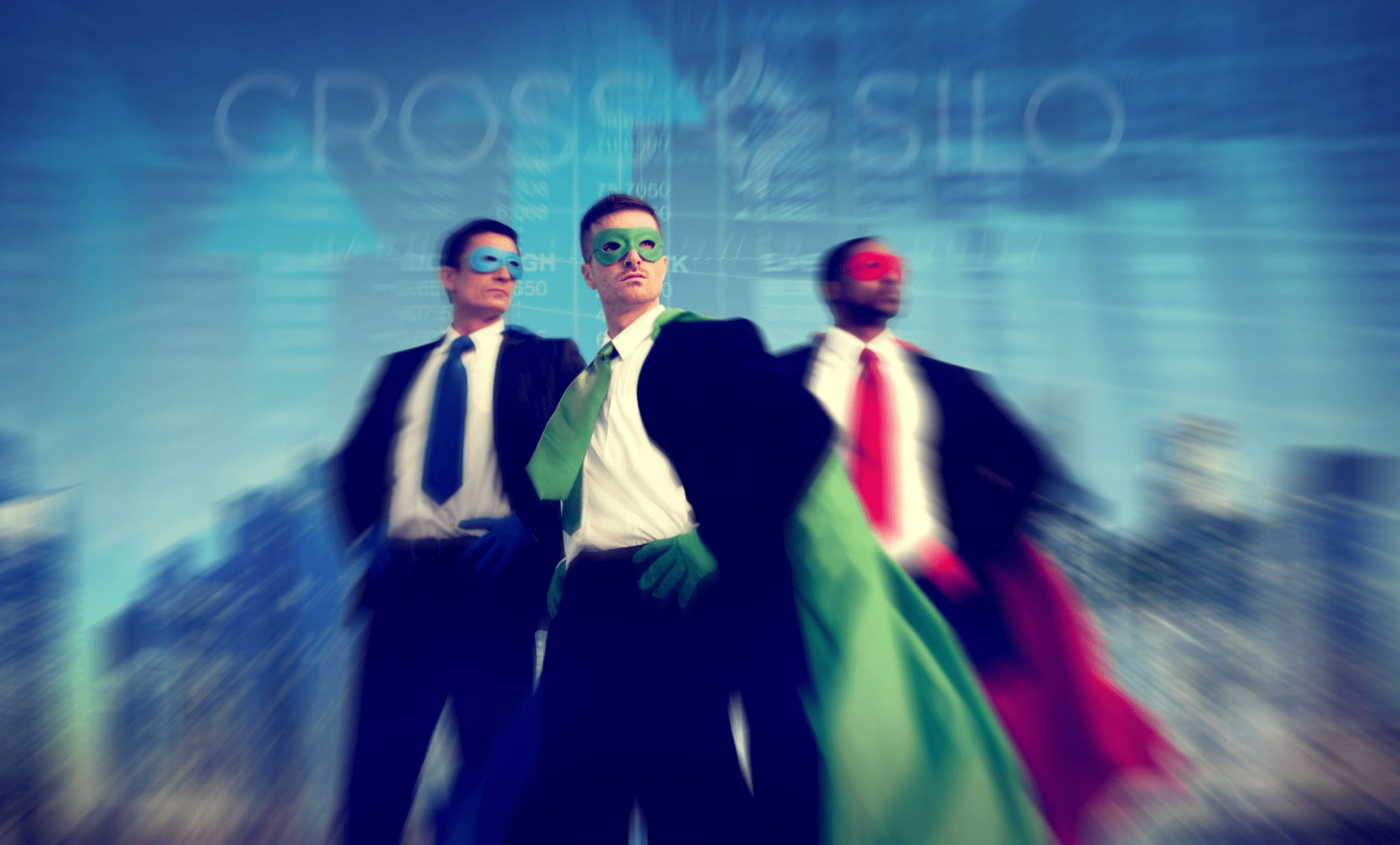 Cunningham’s Law states that “The best way to get the right answer on the internet is not to ask a question; it’s to post the wrong answer.” After all, people feel almost compelled to correct each others’ wrongs. Regardless, there is always room for enlightenment. So, do you think we need a new kind of business culture?

First published in 1993, Wired Magazine reported on the impact of new technology on culture, economics, and politics. After achieving their original goal, one of Wired’s founders, John Battelle, asked himself: “What’s the next big story on the horizon, the narrative most people are missing that will shape our future just as technology did? for the past 30 years?”

This was his answer:

“I think the answer lies in the reinvention of capitalism. We’re on the brink of an entirely new approach to business, one built on shared principles of integrity, transparency, and sustainability. If we succeed, the world could become a far better place. At Wired, we believed that technology would build that world for us. But I’ve come to a longer view of positive change, and I now believe technology alone won’t get us there. Tech is a fundamental force in our society, but as Douglas Rushkoff puts it, business is our core operating system. If we are going to pay off the fantastic visions of our early tech dreams, we’ve got to consolidate what we’ve learned from the tech revolution and apply it to building a new kind of business culture.”

The question that Rushkoff had posed in his book Throwing Rocks at the Google Bus: How Growth became the Enemy of Prosperity was most intriguing:

“Why doesn’t the explosive growth of companies like Facebook and Uber deliver more prosperity for everyone? What is the systemic problem that sets the rich against the poor and the technologists against everybody else?”

Indeed, what has happened to the premise of growth leading to more prosperity? Mark Zuckerberg’s estimated net worth is $97 billion. Given that Facebook may have intentionally ‘put the company’s profits above the public good,’ at least according to a recent whistleblower: Is that fair?

Again, I’m not here to pass judgment. It is just something to consider.

In 1962, Nobel prize-winning economist Milton Friedman wrote in his book Capitalism and Freedom, “There is one and only one social responsibility of business ─ to use its resources and engage in activities designed to increase its profits [..]”. Many years later, the most influential lobbying body for U.S. business interests, the Business Roundtable, established Friedman’s doctrine in their 1997 statement by confirming that the main objective of a business enterprise was to generate economic returns for its owners.

While each version of the document since 1997 has endorsed what is called the principle of “shareholder primacy,” meaning that corporations exist principally to serve shareholders, on August 19th, 2019, the Business Roundtable issued a new statement that is nothing short of radical in its near-unanimous endorsement:

“While each of our individual companies serves its own corporate purpose, we share a fundamental commitment to all of our stakeholders. We commit to delivering value to our customers, investing in our employees, dealing fairly and ethically with our suppliers, supporting the communities in which we work, and generating long-term value for shareholders.”

Has anything changed since the 2019 statement? According to Senator Elizabeth Warren, it was just a publicity stunt. The Business Roundtable responded. Do they deserve a fair chance?

In 2014, Dan Price, CEO of Gravity Payments, decided to give everyone a minimum pay grade of 70.000 USD after taking a million-dollar pay cut. Other CEOs believed that this would become a textbook example of failed leadership, leading the company to bankruptcy. Other CEOs labeled Dan Price as an idiot, a socialist, an enemy of capitalism, a lunatic of all lunatics, and other unflattering characterizations.

However, Gravity Payments since then doubled the number of employees and tripled business earnings six years later, while employee turnover was cut in half. When the company took a 55% revenue hit due to the pandemic, employees voluntarily accepted a 60% pay cut to help the company survive. After the company rebounded, the employees were fully compensated and bought Dan Price a new company car. It is truly a priceless story.

Can this be considered fairer?

The award-winning documentary Four Horsemen questions the modern way of our thinking. It suggests how elite asset-holders dominate the political landscape for their benefit. Western financiers print money with impunity. Global terrorism seems to be breeding even more terrorism. Social and economic inequity grows ever more disparate. Environmental catastrophes are more volatile and frequent.

The documentary connects these occurrences to the rise and fall of empires, particularly the United States. Whether this is the case remains open for debate. One might suggest that what we consider sovereign nation-states are nothing more than ‘public sector subsidiaries of the Anglo-Euro-American banking cartel,’ as a critical reviewer suggested.

Regardless, the Four Horsemen is worth viewing. Again, no push, just something to think about.

On a personal note, I find great comfort in the words spoken at the end of the documentary: 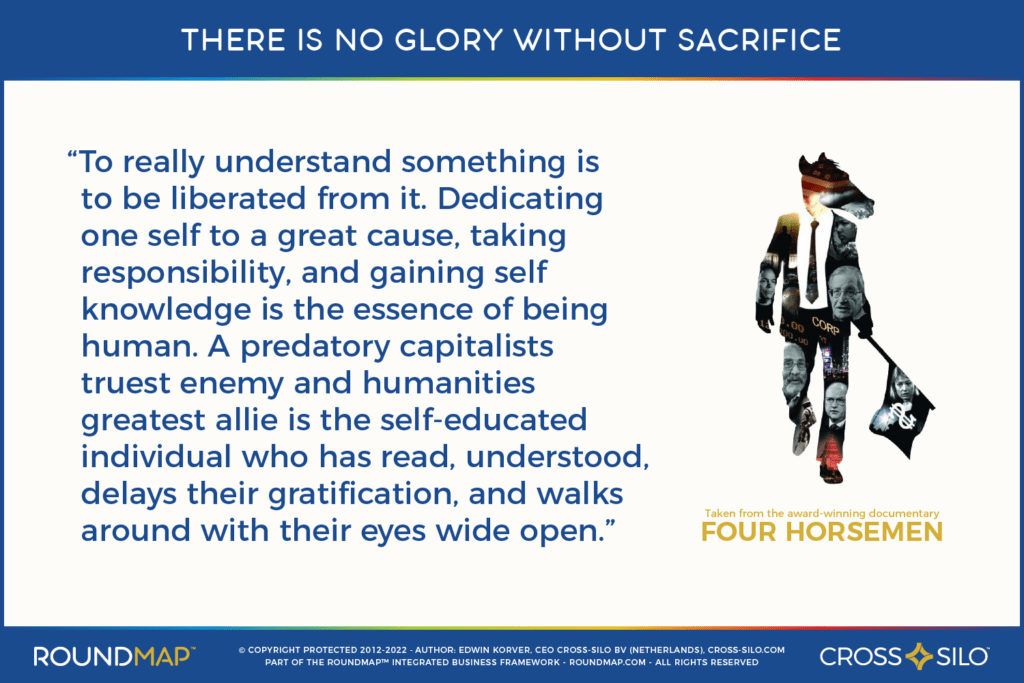 Again, I don’t want to pass judgment, let alone declare capitalism to be predatory in general. However, the growing economic divide between the haves and the have-nots is not a fine testament to an equitable system. Some may disagree, pointing to the overall rise in prosperity, increased life expectancy, etc. And they may have a point. What do you think?

Another documentary that certainly raised many eyebrows was The Corporation (2003). It begins with the unsettling information that, under the Law, a corporation is not a thing but a person. The U.S. Supreme Court so ruled, in a decision based, bizarrely, on the 14th Amendment to the Constitution.

If Monsanto, WorldCom, and Enron are indeed people, what kind of people are they? The movie asks Robert Hare, a consultant who helps the FBI profile its suspects. His diagnosis: Corporations, by definition, have a personality disorder and can be categorized as psychopathic. They single-mindedly pursue their wills and desires without consideration for other people (or corporations) and reference to conventional morality. They don’t act that way to be evil; it’s just, as the scorpion explained to the frog, that it’s in their nature.

Again, please make up your mind, and maybe it helps to read some of the critical reviews. Furthermore, there is no truth, only perceptions.

Following The Corporation, the makers believed the message was not understood enough, so they came up with a successor. Unfortunately, I can only show you the trailer, but the clear message is that business needs to take more responsibility.

What is Real Value?

Dan Ariely, a person with a remarkable story, contributed to this documentary on sustainability and social entrepreneurship. What is value? Is it what neoclassical economics describes as ‘whatever people are willing to pay for?’

Or is the answer more complex? When we taste wine blindly, Ariely argues, there seems to be very little correlation between the wine and its value. But when we know the price, our experience changes, which affects the perceived value. Value, like the truth, is most subjective.

The Promise of Shared Value

Michael E. Porter and Mark R. Kramer wrote an article for Harvard, suggesting the business could profit from ‘shared value.’

I believe it may be an essential piece, so I copied the abstract:

“The capitalist system is under siege. In recent years business has been criticized as a major cause of social, environmental, and economic problems. Companies are widely thought to be prospering at the expense of their communities. Trust in business has fallen to new lows, leading government officials to set policies that undermine competitiveness and sap economic growth. Business is caught in a vicious circle. A big part of the problem lies with companies themselves, which remain trapped in an outdated, narrow approach to value creation. Focused on optimizing short-term financial performance, they overlook the greatest unmet needs in the market and broader influences on their long-term success. Why else would companies ignore the well-being of their customers, the depletion of natural resources vital to their businesses, the viability of suppliers, and the economic distress of the communities in which they produce and sell? It doesn’t have to be this way, says Porter of Harvard Business School and Kramer, the managing director of the social impact advisory firm FSG. Companies could bring business and society back together if they redefined their purpose as creating “shared value”—generating economic value in a way that also produces value for society by addressing its challenges.”

“A shared value approach reconnects company success with social progress. Firms can do this in three ways: by reconceiving products and markets, redefining productivity in the value chain, and building supportive industry clusters at the company’s locations. Several companies known for their hard-nosed approach to business—including GE, Wal-Mart, Nestlé, Johnson & Johnson, and Unilever—have already embarked on important initiatives. Nestlé, for example, redesigned its coffee procurement processes, working intensively with small farmers in impoverished areas who were trapped in a cycle of low productivity, poor quality, and environmental degradation. Nestlé provided advice on farming practices, helped growers secure plant stock, fertilizers, and pesticides, and began directly paying them a premium for better beans. Higher yields and quality increased the growers’ incomes, the environmental impact of farms shrank, and Nestlé’s reliable supply of good coffee grew significantly. Shared value was created. Shared value could reshape capitalism and its relationship to society. It could also drive the next wave of innovation and productivity growth in the global economy as it opens managers’ eyes to immense human needs that must be met, large new markets to be served, and the internal costs of social deficits—as well as the competitive advantages available from addressing them. But our understanding of shared value is still in its genesis. Attaining it will require managers to develop new skills and knowledge and governments to learn how to regulate in ways that enable shared value, rather than work against it.” 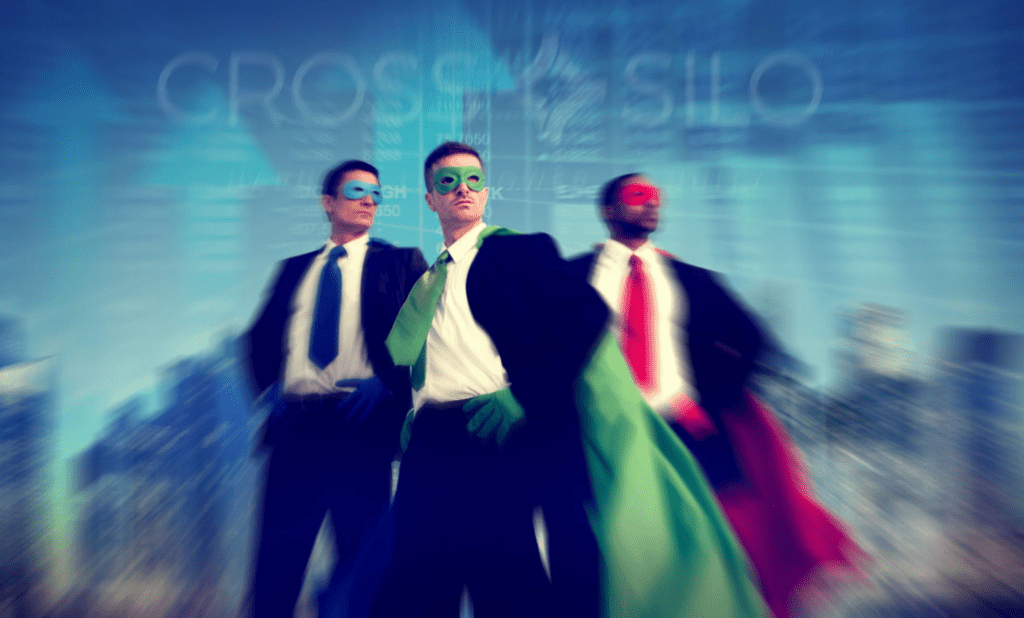