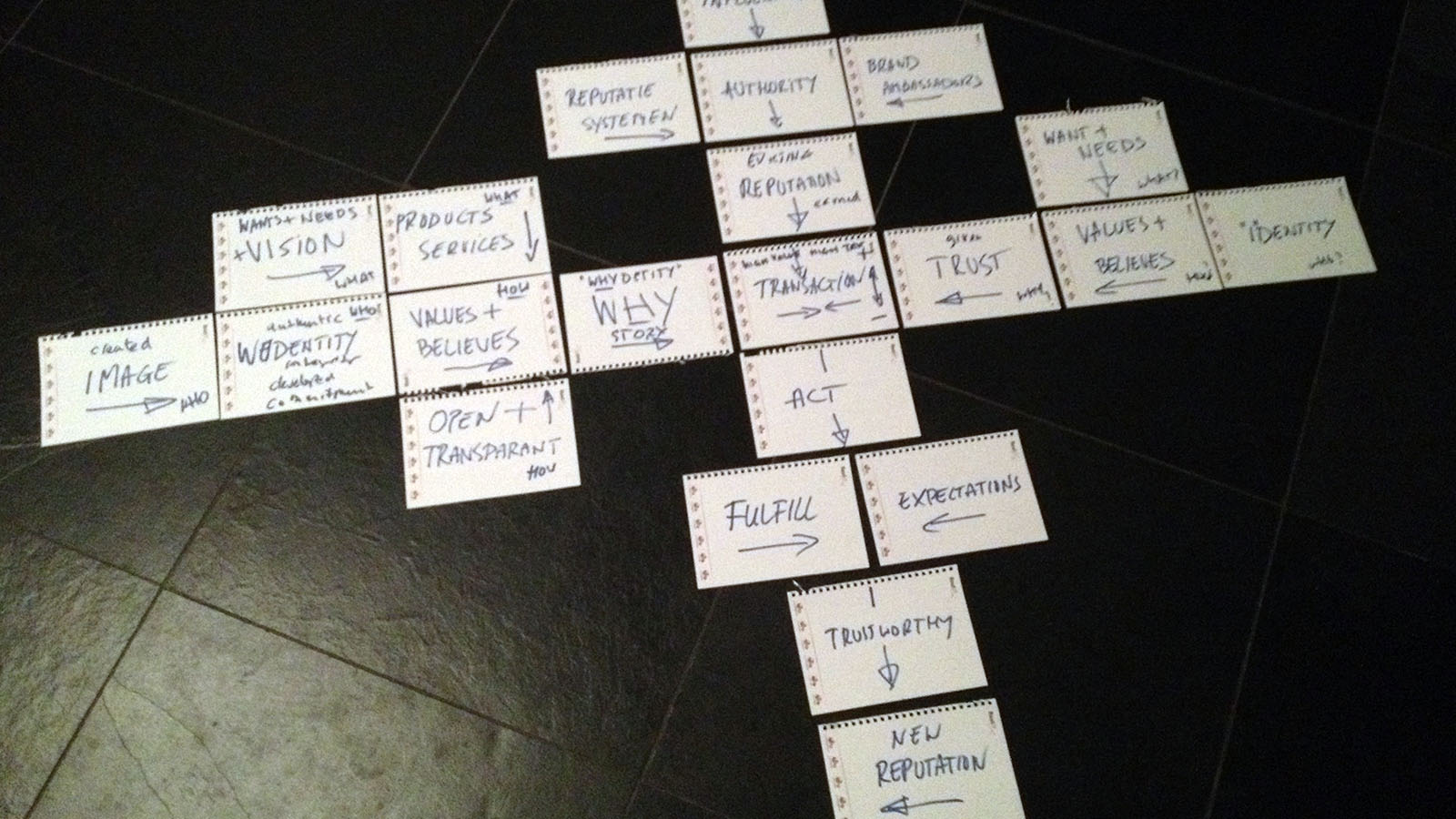 The Making of ROUNDMAP™

Many people have asked me what made me create the framework and dedicate five years of my life to it without compensation? In this blog, I’ll try to answer that question.

First of all, I’ll need to explain a bit about myself.

During my career as a salesman, I often found myself torn apart between the interests of my employer and my client. In 1997, while being employed by a financial powerhouse, I reached my limit. A superior asked me to secretly change an already verbally agreed proposal for benefit of my employer. To persuade me to betray my client’s trust, I was offered a choice between two very lucrative promotions.

I refused, but given my rather elaborate non-disclosure agreement, I could not forewarn my client. I had no other option but to resign, hoping this would send a red flag to my client. It worked. The following day, the client refrained from signing the contract.

To build a reputation takes years. To destroy it takes minutes. I care for mine.

Ten years later, I opened an account on Twitter. What excited me about the social network was that people were so giving. Many shared their knowledge and insights abundantly, while others offered their help freely. It was like a breath of fresh air in a world that had become, in my opinion, too indifferent, alienated, egocentric, and profit-driven.

In 2012, I found myself confined to a hospital bed, fighting another round against cancer. An encounter with a dying man has had a profound impact on me.

In between treatments, my appreciation of this new social phenomenon grew immensely, inspiring me to analyze its dynamics. It was the actual starting point of a process that would lead to creating a model to describe the customer dynamics.

In the album below, you’ll see some of the iterations of the framework, which has had various names, such as the Social Media Lifecycle, Customer SONAR, CELL, and SELL 360:

The idea of a circular framework started in 2010 when I became convinced that customers would benefit if marketing were based on ‘attraction’ instead of interruption. Today most would call it permission marketing.

I started to perceive each entity (producer, supplier, distributor, retailer, customer, etc.) as a separate ‘hub’ with value to spare (surplus), on the one hand, and value to gain (deficit), on the other. Value is what can be traded, swapped, bought, or shared. Value can be goods, services, experiences, knowledge, solutions, etc.

By perceiving signaling between value hubs as a magnetic force field, the value hub theory started to look like a globe with lines from the south to the north pole, implying a continuous feedback loop.

The scheme below explains the idea. I’ve also described the Value Hub in more detail. 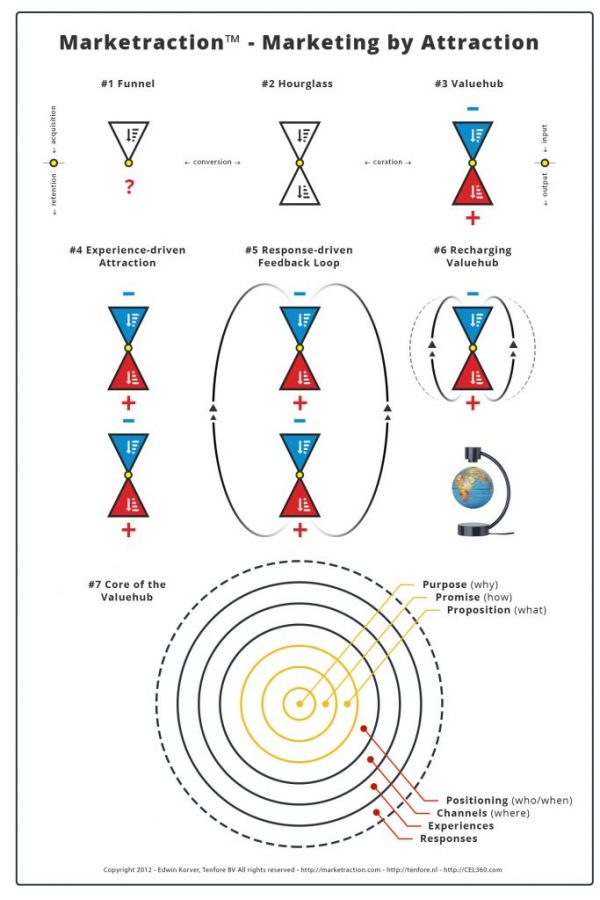 Following the development of the Value Hub theory, I wanted to capture the essence of customer development. While funnels focus on creating a customer, I learned that for a business to grow, it needs customers to return more often and spend more over the lifetime of the relationship; or encourage them to refer others to our products.

This began to appear in my mind as a circular process, similar to most of the recurring processes in nature (day and night, the tides, seasons, growing crops, etc.).

In contrast, by representing the customer lifecycle as a linear timeline or funnel, we’re unconsciously working towards the termination of that relationship. By actually perceiving the process as a recurring circle, we’re inspired to work our way towards the next sales cycle. That is why it’s called a cycle in the first place.

Have a look a some of these recurring processes:

When I set out to rethink the entire customer interaction process, given the sudden rise of social media as well as digitalization, I had no idea where it would lead to or what it was for. I only knew from experience that the funnel analogies, used by marketers and salespeople to describe the customer acquisition process, were gravely missing the point.

A first attempt in 2014, to map the steps involved in building customer relationships, led to a 10-step model, named the Social Media Lifecycle. I created numerous iterations and published some of them on Pinterest. I didn’t receive any feedback, so I kind of forgot about it.

Until Social Media Examiner named it on their Facebook page, following a post by Irfan Ahmad on Google+, who had picked up our model from Pinterest. Suddenly, everyone seemed to have an opinion about the lifecycle. Our website exploded and reached its limits for days.

From reading the reactions to these posts on social media, I realized that the idea of a 360-degree representation of the customer lifecycle really resonated with marketers. However, there were also many questions I could not answer. In 2016, I decided to dedicate 6 months to fill the gaps. However, after 6 months I wasn’t even halfway.

In 2021, while reading back this post, I realized that what I had set out to do, describing the customer lifecycle, took me two years. In all, it took me five years to rethink business.

I have presented the model to a plethora of Dutch and international professionals, in face-to-face meetings and on-stage presentations. And I received great compliments and heartfelt encouragements. Nonetheless, most remained stuck in their linear way of thinking.

Instead of spending more time on explaining what I believe was all too obvious, I decided to expand my mission to see whether is was possible to rethink the entire business practice, not from the top-down, but from the ground-up.

in 2017, I came up with the name ROUNDMAP. A portmanteau of a roadmap and a roundtrip. The Social Media Lifecycle became ROUNDMAP’s Customer Roundtable Blueprint, one of many components of what had transformed into an integrated Business Framework.

All of the above does not explain why I got so entangled to create something that was so hard to construct, yet no one ever expressed a demand for it. What made me so persistent?

Cancer did. Or rather surviving it twice. With the notion that a third time round I might not be so lucky. I wanted to give back the gift that others had given me: my life. Because without their blood donations I would not have survived the treatments. The deep longing to give back something as precious, something that one day would help someone, somewhere, somehow made me so persistent. Nothing else would have.

I went all on, but I could not have done it without the love and support of my muse, my dearest friend, and my beloved wife, Stella. I dedicate my work and my life to her.

There are many finds that make me feel proud. The fourth value discipline, Network Orchestration, not just completed the known value disciplines, but it opened up a whole new perspective that led to the uncovery of ‘new’ as-a-service business models, which than got me to create the Business Model Matrix™.

My two additions to what appear to be foundational business models, Resource Centricity and Network Centricity, will broaden the business repertoire and appear to be aligned with Doughnut Economics by author and Oxford economist, Kate Raworth.

One of the tasks I had set out for myself was to find new business models that did not have to rely on unsustainable business practices, known as planned and perceived obsolescence. I believe the Business Model Matrix™ has indeed provided an answer.

On this last note, I’ll close with a video on obsolescence. Just to raise your awareness. 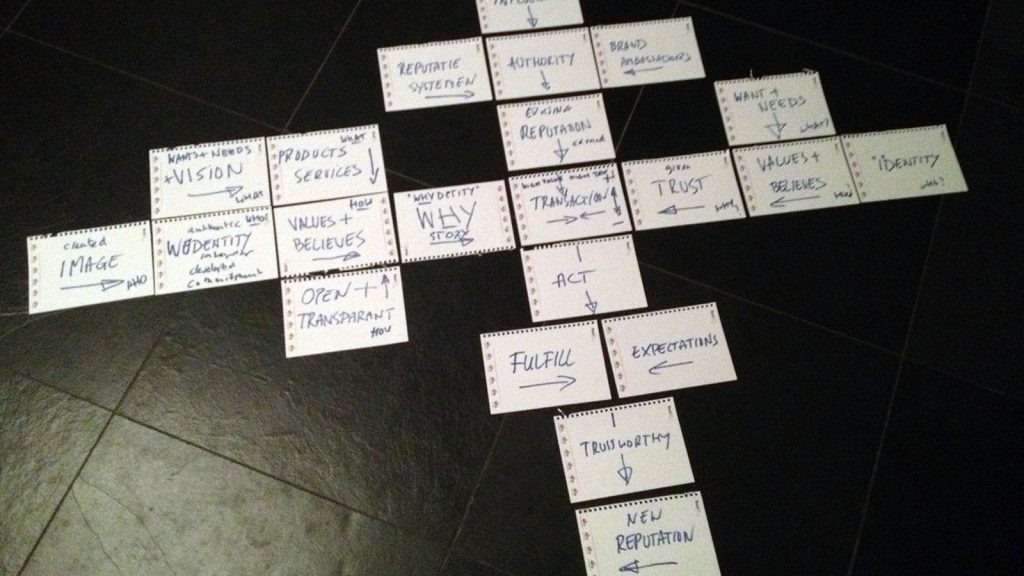