Why the Art of War isn’t Cutting it Anymore

Strategy is often compared to the art of war, which just so happens to be the title of the book of the legendary Chinese general Sun Tzu. I will try to explain why the ancient principles of the art of war, despite its recent successes in corporate strategy, no longer apply (for the time being) and could even lead to a company’s early demise.

Principles of the Art of War

Sun Tzu described the principles of warfare that he considered critical for any campaign to succeed. In short, an army’s strategy needed a Commander that stood for certain virtues, while his soldiers had to be in complete accord with their ruler, i.e., the Commander and follow his instruction without objection or hesitation, while maintaining certain methods and disciplines.

On a battlefield, the Commander preferably took an elevated position, allowing him to oversee the positions and movements of his troops as well as those of the opponent. Strategy began by positioning his troops in such a way that he could counteract most attacks while allowing him to use the elements of surprise and deception to attack his opponent. In fact, the strategy was often a playout of the various scenarios that the Commander and his seconds had discussed prior to the battle, based on past experiences, the scenary, the weather, assessments of the opponent, and available resources. 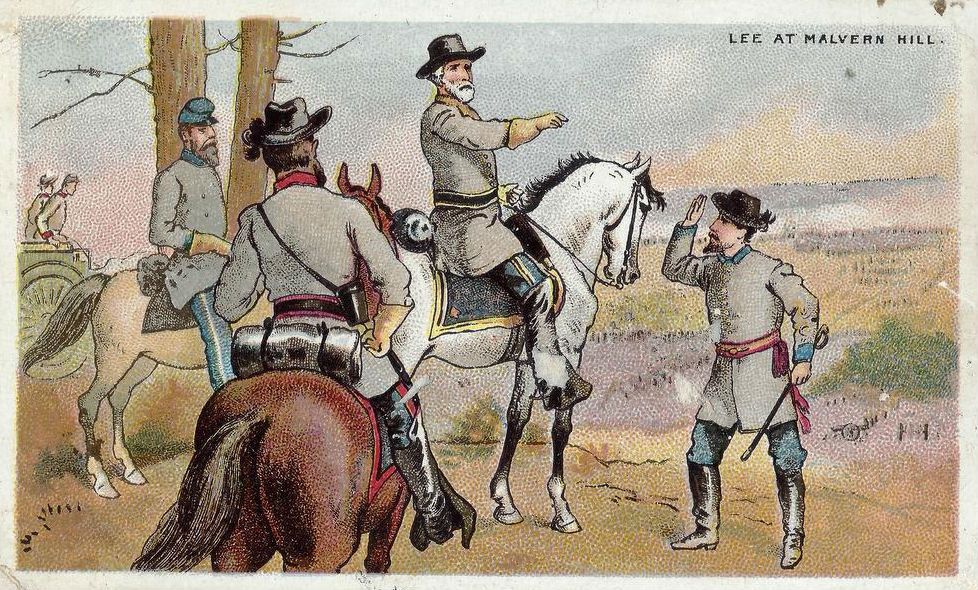 Since actual information about the enemy, observed by people in the frontline, could hardly reach the Commander or his seconds, given the noise and confusion on the battlefield, success depended very much on the elevated position of the Commander from which he could oversee the battlefield. Additionally, a handful of scouts would try to gather information from behind enemy lines, about the movements or deceptions played out by the opponent, but it was a most dangerous endeavor and many were killed before they could report their findings.

Now let’s look at how companies (used to) play out their position in the marketplace. Most companies developed products based on market research. When a product had almost reached completion, which could take up to two years or more, it was subjected to a focus group, often leading to minor product alterations. When the product was finally launched, in a full-blown marketing campaign, failure was no longer an option, given the huge investments. However, success was never a guarantee either.

As such, Sun Tzu’s principles were upheld: the CEO, as the contemporary Commander, expected his employees to be in complete accord with the surprise-and-overwhelm strategy and follow the leader without reservation or hesitation. A full-blown marketing campaign was like moving an entire battalion into battle, allowing the opponent no time to organize an effective response. Even when customers rejected the product or complained about its quality, the battalion had to march on. There was no turning back. Many companies today still operate in this way.

At the end of the previous century, a group of startups in Silicon Valley, often spin-offs of larger companies, had very limited resources and could not afford a surprise-and-overwhelm market entry. Instead, they adopted a mode of operation that their predecessors had already developed.

In their bestseller ‘In Search of Excellence’, McKinsey consultants Peters and Waterman identified how several multinationals, that were far more successful in launching new products than their peers, had operated. Peters and Waterman described how these incumbents, despite their formal management systems, encouraged employees to come up with an idea for a new product and handed them a tiny budget to assemble a small team and create a prototype.

Spearheaded by a product champion, the team often had to operate in stealth mode, not to disturb the morale of the rest of the company. They were asked to present and defend their product idea, based on a prototype. If they were successful in convincing one member of the management team, they were allowed to test the product in the open market. Once revenue reached a certain threshold, the team was awarded more resources, essentially upscaling the operation.

Product development, essentially, came from a continuous feedback loop, in collaboration with early adopters, that eventually led to the development of a product that matched the demand of a well-defined group of customers like a glove. It all happened at the base of the organizational hierarchy, often out of sight, at the level of the employee-customer interaction.

When we compare the mode of operation of startups with that of incumbents, we’ll notice that while the latter is directed from far behind the frontline and from a position of high authority, the first group, later deemed as LEAN startups, is inspired at the frontline and from a position of high autonomy. While both types of operations are being led, the word has different meanings. The Commander-type organization is being directed on the premise of obedience and reliance on a leader’s ability to make the right calls. The Spearheaded-type of an organization is based on the premise of personal initiatives and reliance on the employees’ ability to find new opportunities for growth, while leaders still need to make sure to drive the innovations that are most favorable.

Why CEOs Fail to See the Future

CEOs that apply an Art of War-type of strategy in today’s fast-moving market, by observing the marketplace from a high ground position, won’t be able to see, let alone appreciate the thousands of spearheaded initiatives that are going on ─ not in his own company, let alone those that are going on at his opponents. By the time a major shift is detected from the high ground, it’s often too late to respond effectively.

To survive in our digital age, CEOs need to rely on hundreds or even thousands of eyes and ears, from people that actually talk to (potential) customers, trying to find out what’s going on in the marketplace. Because on average, CEOs spend a mere 3% of their time talking to customers and 6% talking to employees.

Now is not the time for exploitation, grand moves, bold decisions, firm-hand, or any corporate heroism. It’s a time of small encouragement to explore new ideas, to allow people to think outside the box, to create the right circumstances for grassroots movements to blossom, and a time of welcoming failure as an opportunity for early dismissal.

The Art of Raw™

We live in an era of rapid breakthroughs and even faster breakdowns. When revenue starts to plummet and margins shrink, CEOs can’t afford to wait months or even years to bring an untested but heavily polished product to market ─ only to discover that customers need something totally different. CEOs need to accept that unpolished is the new normal. That prototyping, collecting feedback, and iterative product development, in co-creation with a small group of customers is the right way forward.

This new, antifragile mode of operation is exactly the opposite of the fragile strategies taken from the Art of War. That’s why I like to call it the Art of Raw™.

According to the Art of Raw™, the new heroes are the product champions and their supporters. They typically operate in the frontline, where employees and (potential) customers interact daily. Where opportunities and threats can be spotted first. And where new product ideas can be tested, as raw as it gets, to determine which ones are actually worth pursuing.

This is why I’m convinced that a company’s frontline is the Ultimate Level of Truth™ and that the Customer Roundtable Blueprint is a most valuable instrument from which to work, as a collective and in co-creation with customers and other stakeholders, toward a future-proof portfolio of valuable products and services.

The image on top is taken from the movie The Three Musketeers (1993). These frontline men, to me, are an excellent representation of a spearheaded strategy: while they are loyal to their king, they operate alone and below the radar, always quick to identify and eliminate threats to the nation.

The funny thing is that there are actually four of them: Athos, Porthos, and Aramis, which were the original three, added with D’Artagnan, the central character of Dumas’ novel. In a similar way, ROUNDMAP identified that whilst most people still consider a frontline operation to consist of three departments, marketing, sales, and service, there is actually a missing fourth, success. The same applies to vision, mission, and strategy, where the purpose is the missing link. 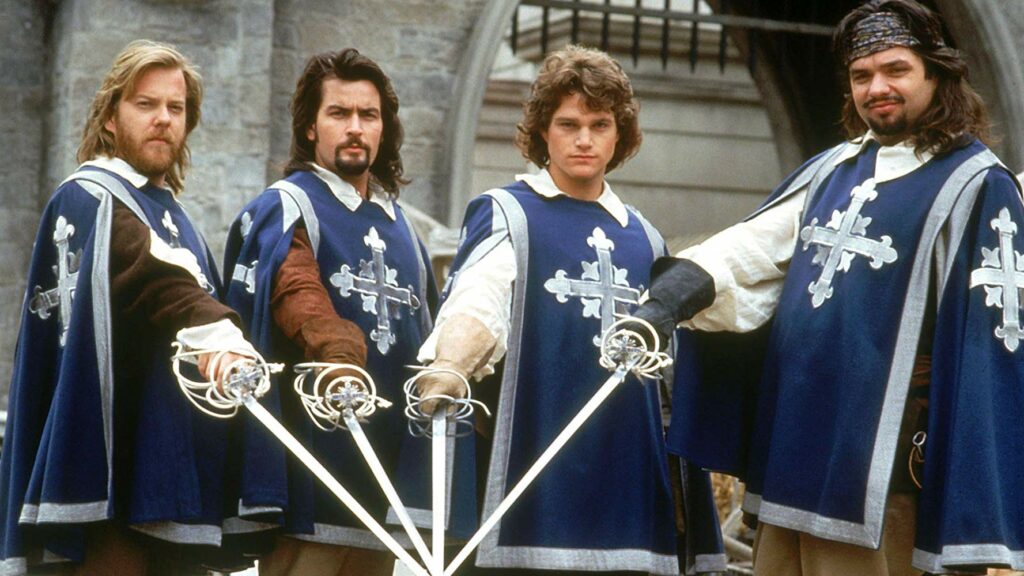