Much of what we do at CROSS-SILO Management Consultants is focused on getting departments to collaborate more effectively to improve customer performance. To that effect, we utilize the ROUNDMAP™ Customer 360 Mapping System and Integrated Methodology as our guide. Our mission is to focus on achieving goals from a horizontal business strategy.

Porter et al suggested that ‘interrelationships’ between business units/divisions are a precondition for obtaining competitive advantage from a ‘horizontal strategy’. However, it is important to note that he actually means ‘horizontal corporate strategy’. According to Porter, a business strategy is to achieve unit goals, while a corporate strategy focuses on portfolio management, restructuring, transferring skills, and sharing activities across the enterprise. We won’t dive in any deeper. There is ample documentation on these subjects on the internet.

As such, we’re convinced that it is critical for any business (unit) to improve customer performance by streamlining interdisciplinary collaboration – as suggested by the layout of the ROUNDMAP – in a similar matter to how a horizontal corporate strategy means to improve corporate performance. 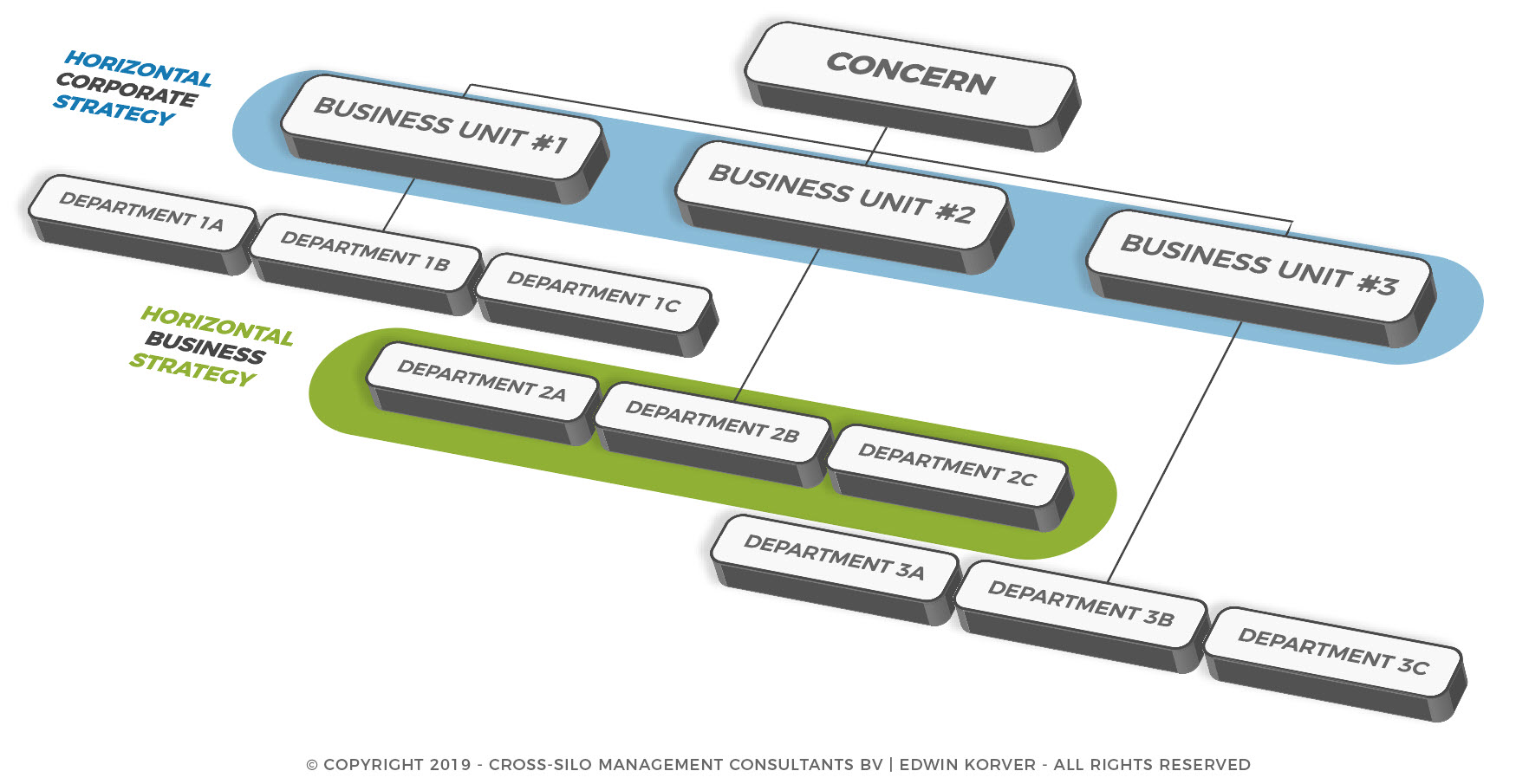