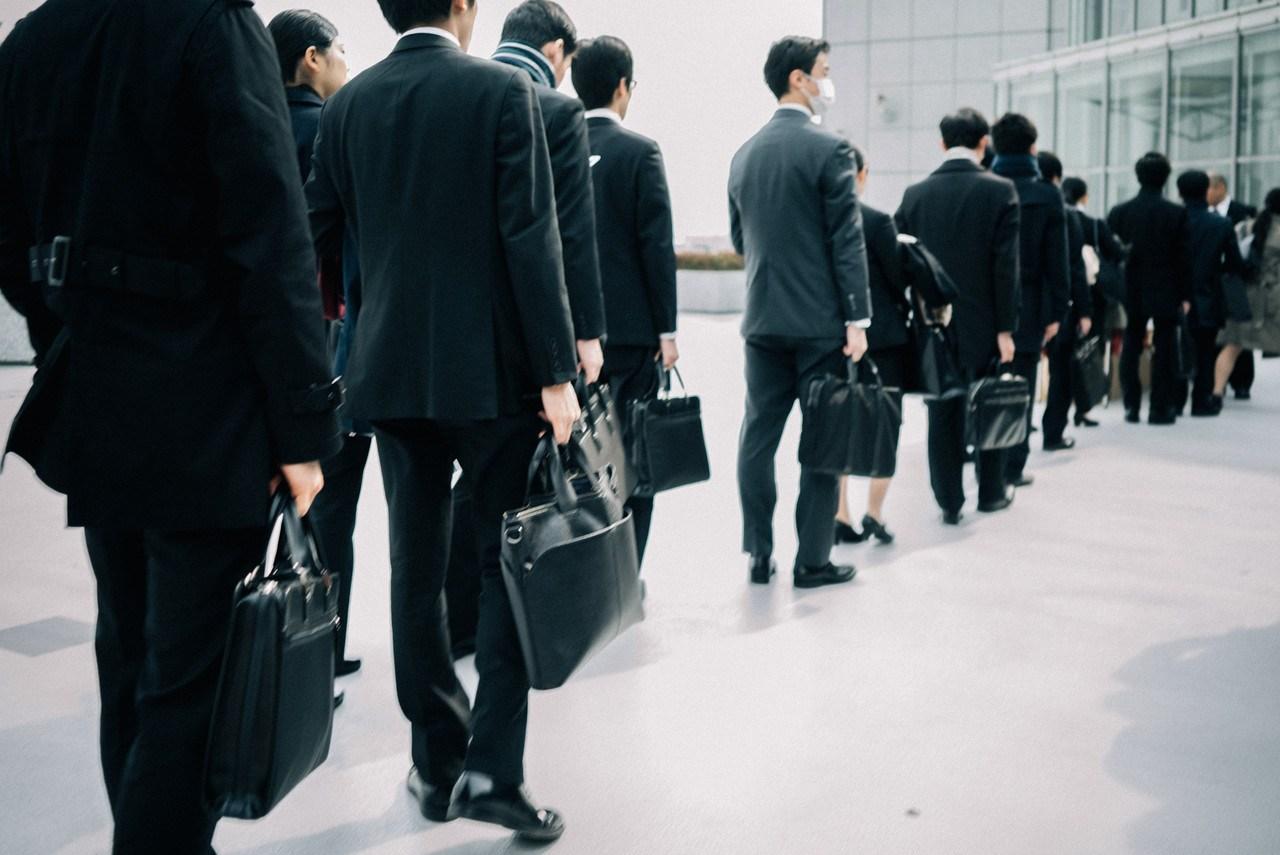 When Business Culture Became a Cult

During my research, I’ve often asked myself the same question: Why do people participate in the creation and delivery of products and services that are known to be harmful or unjust to their fellow human beings, to nature, to animals, or to our planet?

Banks continue to fail to comply with rules and regulations on money laundering, disabling governments to combat crime and prevent tax evasions effectively. Fastfood chains keep serving their customers with crapy products, mainly sugar and salt, causing massive health problems throughout the entire population. Nike and others continue to prey on the poorest to produce clothing and footwear at the lowest costs while completely ignoring the mental and social consequences. Tesla, Apple, Google, Microsoft, and Dell closed deals with the largest supplier of cobalt to produce phones and batteries, knowing that the vendor is responsible for 50.000 children being subjected to child labor.

This is the first:

A few years back, I was asked by my employer to disadvantage a large prospect in finance intentionally. During a formal leadership introduction, my manager had noticed the level of confidence the prospect had in my commitment to a customer’s cause. This inspired my manager to suggest that I quietly remove a few ‘inconvenient’ commitments that we had made in the proposal at the customer’s request, even though he knew that removing these elements would seriously disadvantage the customer. ‘He will sign anything that you propose,’ he explained. He even offered me a choice of two lucrative positions in the company as a ‘reward’ for my support. The contract was due to be signed the next day. I picked up my belongings back in the office and resigned: there was no other way to let the customer know I had lost faith in the process. Obviously, by taking this step, I ruined my career in finance.

The second story is somewhat similar:

A couple of months later, I was asked to assume the general manager position at an internet provider in my hometown. During a tour of the company, I had witnessed how the director lashed out in public to one of his employees. Back in his office, I told him I would accept the challenge, but under two conditions: don’t interfere with the staff as long as I’m in charge, and don’t disrespect me – not in public or private. A couple of months later, he broke the second rule. I gave him a three days notice. After handing over my contacts, appointments, notes, and responsibilities, I left the building with a heavy heart because I knew I let down the others. That same night, they all showed up at our doorstep, stating they would all resign if I did not return to the company. I explained that self-respect is something you have to fight for and stick by, regardless of the cost or consequences.

Some may consider me to be a fool. Others may see me as a hero. Or anything in between. Regardless, these two responses appear to be exceptions to the rule. Most people don’t resign when they are insulted, disrespected, or misused in practices they would normally opposite.

So then why don’t they?

I grew up under difficult circumstances. Being insulted and disrespected by my stepfather has been the norm throughout my childhood. I ran away numerous times but was too scared to run away far enough never to be found. I was crying for help. Help never came. When I was 17 years of age, I moved out. A year later, I signed up for military service. There hasn’t been a single day before, and since then, that I haven’t felt, I was completely on my own.

So, in my case, my childhood had taught me to take matters into my own hand ─ sooner rather than later. Because by themselves, things often don’t turn for the better. For most others, I believe fear and naivete keep them from acting assertively ─ failing to protect themselves and others from the consequences of collaborative corporate harm.

You may have seen the awarded documentary The Corporation and the ‘unfortunately necessary sequel,’ The New Corporation. Both documentaries sketch an image of corporations behaving like social psychopaths. It had a huge impact. However, the question left unanswered was: Why do people individually participate in this psychopathic behavior?

I believe it is because corporations have become the new cults!

While churches have mostly lost their role in society, corporations jumped in, filling a void. Being part of a corporation is much like being part of a cult: wonderful on the outside but very manipulative on the inside. Each business cult(ure) has its own leader, cronies, soldiers, war stories, dress code (typically dark suits, white shirts, and a tie), beliefs, myths, morals, norms, standards, and nomenclature; all leading to some form of psychopathic behavior.

Leadership in a cult is unquestioned: no one dares to bite the hand that feeds (promotes) or punishes (demotes or expels). Every day, people show up according to a fixed schedule, sit in their chairs for hours, listen to what they are supposed to think, and only do what they are entitled to do. Cults use sophisticated mind control and recruitment techniques to coerce individuals into participating in what the corporation sets out to do: maximize profit. Like all cults, corporations will hide the truth from you until they think you are ready to accept it. Objecting to the company’s behavior means risking not only your job but your entire career. In fact, it is this fear-based control mechanism that keeps you quiet and under their control.

Similarly, the Vatican has obtained enormous wealth and power from making over a billion people surrender to a single scripture. A scripture that the Romans heavily curated. An aggregated document from various sources, stories, traditions, relics, and beliefs, taken from numerous religions from all corners of the Roman Empire. It served one purpose: to end the religious conflicts within the Roman empire by introducing a new state-enforced religion to replace all other religions. Constantine the Great could never have imagined that this mumbo jumbo of convictions and beliefs could reign over 2000 years. But it has, through slick well-rehearsed propaganda, mass deception, and by instilling fear and enforcing people to subject to its rule.

Needless to say that I’m not religious. And contrary to most people, who were fortunate enough to grow up in a loving and secure environment, overcoming fear has become my second nature. Having learned to rely on me has made me allergic to people, situations, or institutions trying to gain some form of control over me. Likewise, I will not command or control others unless the future of the endeavor is at stake. I will always seek the best way forward based on what those most qualified bring to the roundtable.

To end this blog

I understand that employees have obligations to fulfill, and few corporations were established to inflict harm. But the reality is that many corporations act unjustly (for instance, through tax evasion), hide and lie about their wrongdoing, coerce employees into doing things they would normally oppose, prohibit employees from pursuing a career with a competitor, require a formal dress code, and so on. And that employees are as much to blame as the leadership.

If you want corporations to act in our best interest and the interest of our planet, you as an individual need to make a statement and be willing to accept a sacrifice.

Whenever you’re asked to do something unjust, destructive, harmful, or downright illegal, you’ll need to step up and say:

This is not acceptable, and I won’t participate in it. If you don’t stop this behavior, I’ll resign and explain to others why I did.

As long as you don’t, business cults will continue to commit their wrongdoing. They will prey on others, and they will harm nature and destroy our planet. Because that’s what psychopaths do: they have no empathy, no consciousness, and no regrets.

All that stands between them and those they prey upon is YOU, the employee.

You control the cards to the future—no one else. 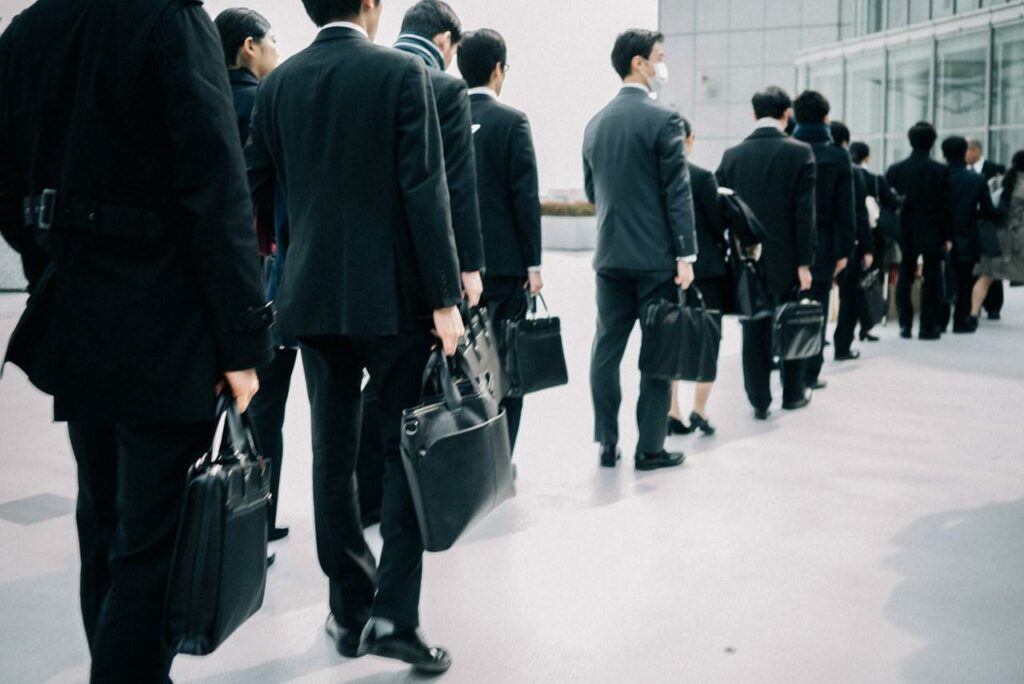