In 2015, during one of my executive assignments, I was asked to write a book on the potential of big data. However, as I researched the matter I soon realized that big data and data analytics, besides being a technological challenge, were merely symptoms of a bigger picture.

Numerous use cases of applied big data and data analytics led me to believe that these tools could help companies to detect previously undetectable patterns that allowed them to adapt their value strategy, sooner rather than later. In fact, both technologies are enablers of what I refer to as ‘corporate responsiveness’. I even came up with a title for the book: “The Responsive Company“.

However, while developing ROUNDMAP™ my perception of the importance of corporate responsiveness has changed. Obviously, responsiveness (being quick to react) is a precondition for many organizations to be able to compete profitably in today’s disruptive market place. Yet, I believe organizations should be both: cost-effective as well as responsive. It should be cost-effective enough to operate profitably while being responsive enough to adapt to change quickly. I don’t believe any organization should rule out one or the other.

Cost-effective organizations are typically process-driven by focusing on driving the operating cost down to a minimum, however, these organizations have a hard time coping with change. Responsive companies, on the other hand, are mostly project-driven – while they are indeed quick to respond to change, they have a hard time upscaling the operation and driving the cost down.

One or the other or side-by-side?

The problem is that these two modes of operation are often considered as worlds apart. However, as suggested by Kotter, I too believe organizations can have two operating systems side-by-side: a formal hierarchy to be as cost-effective as possible and an informal structure, introducing roundtables, to increase its alertness and responsiveness to change.

The trick is to know what direction to follow at any given time. We believe the roundtables should be about collaborative learnings, while the formal organization should be about corporate steering. Contact us if you like to learn more. 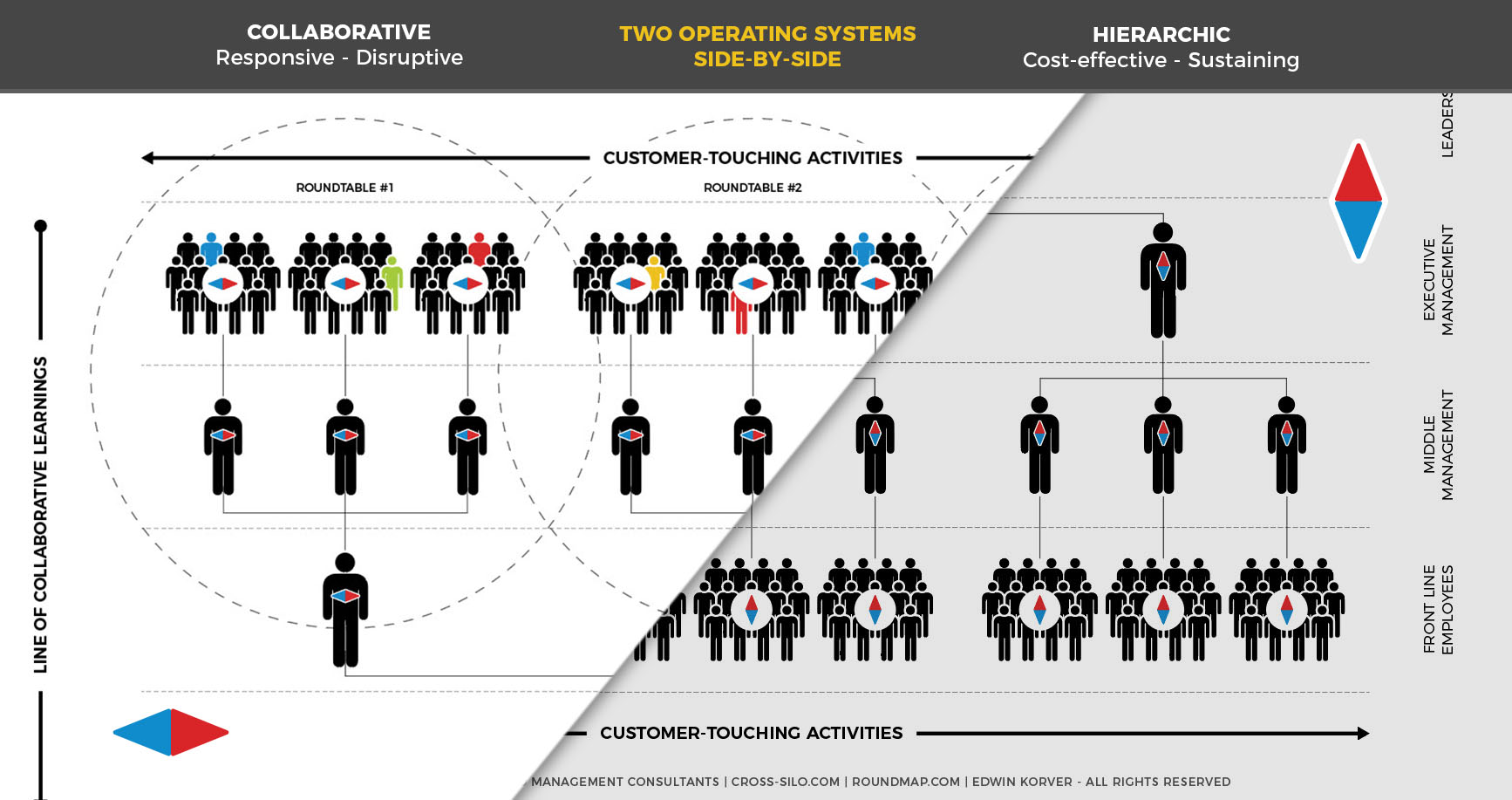