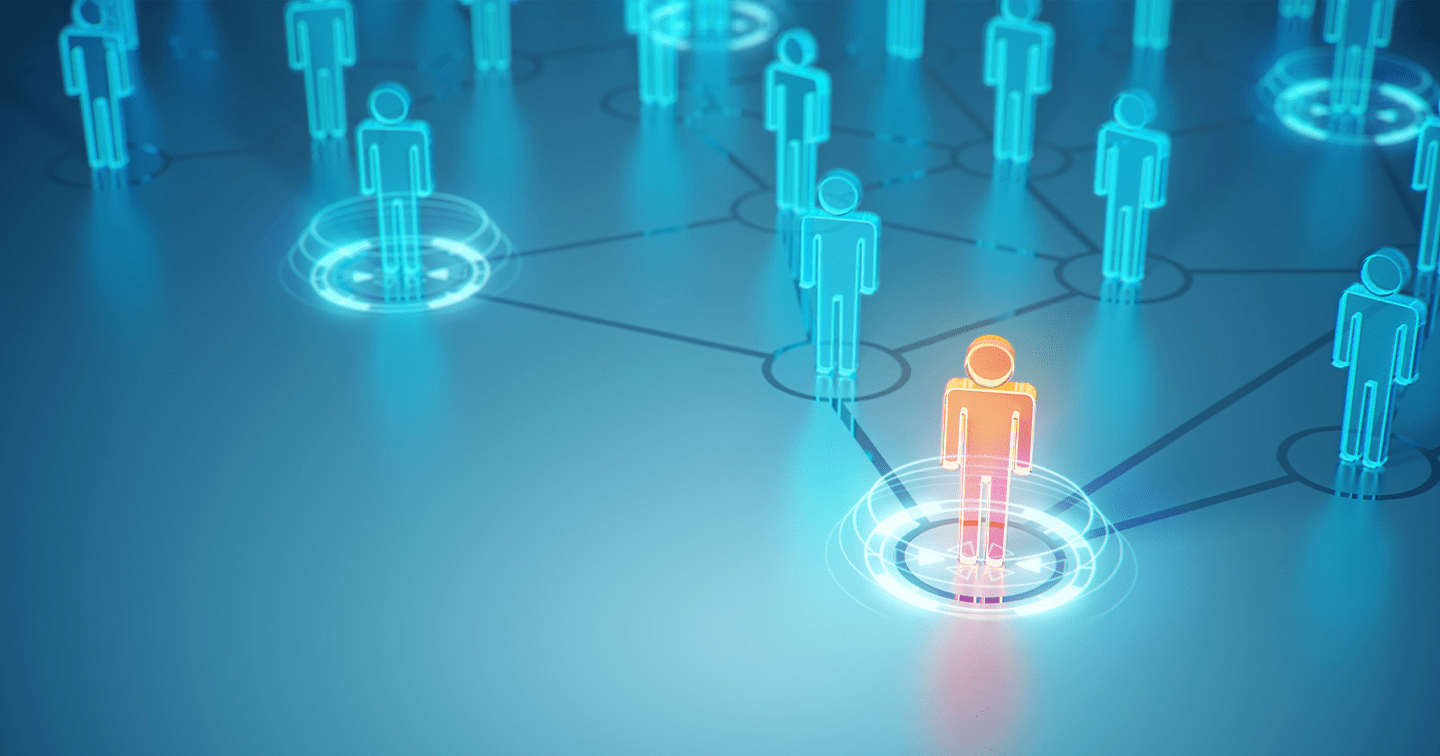 Many wrote articles on the Great Resignation, a term coined by Anthony Klotz, a professor of management at University College London’s School of Management, in May 2021. Klotz predicted a sustained mass exodus, driven by an ongoing economic trend in which employees voluntarily resigned from their jobs en masse.

But maybe we should reframe this trend as the Great ReEvaluation, as suggested by Cheryl Cran, the author of The Art of Change Leadership ─ Driving Transformation in a Fast-Paced World. Cran argues that we’ve entered a people-first future following the pandemic and a preoccupation with technological innovation. Individuals want to be more human and more authentic. This desire puts pressure on the leadership to allow people to be more creative, collaborative, conscious of communication, and compassionate in their workplace.

Paul McDonald, a contributor on Forbes, agrees: “The pandemic has caused workers to reevaluate what they want for themselves and their future — and for many, that introspection is leading to a decision to make a career change.” Research shows that many mid-career employees decided to leave because they “[..] are understandably fatigued with the long hours and heavy workloads they’ve been dealing with for months after their companies downsized in 2020.”

The current conditions are dire: rising inflation, growing geopolitical uncertainty, and a luring recession. What is going on? Why do people suddenly care so much more about their well-being, despite these alarming conditions? To understand what is going on, we need to look a how most organizations today are structured and managed.

At length, we’ve described the destructive forces caused by functional silos on our websites. The trend of dividing meaningful work into separate parts and hiring specialists to perform the often tedious work goes back to the introduction of the scientific management method around 1900, often called Taylorism, after one of its proponents, Frederik Taylor. Before, employees were mostly craftsmen. They knew everything there was to know about the product. Founders and salespeople often knew customers by name. Individual contributions to the company were evident. People felt proud of their work and thought they belonged to the company and vice versa.

While Taylorism raised factory workers’ productivity, it also led to what Karl Marx referred to as alienation, causing a schism between doing the work and the meaning of work. So, why was Taylor’s scientific management method so widely adopted? Factory owners had convinced themselves that workers were inherently lazy, calling for an authoritarian management style. They believed people just came to work to earn a living and didn’t want to take on new responsibilities. Taylor offered these factory owners the means to match their negative opinion of workers’ ethos.

In contrast to the ‘carrot and stick’ micro-managers, Theory Y managers have an optimistic opinion of their people, causing them to use a decentralized, participative management style. This optimistic view encourages more collaborative, trust-based relations between managers and their team members.

When to apply what management style depends on the circumstances: an X style works best in a large organization or during a crisis, while a Y style thrives in a flatter structure. But what Cran and McDonald referred to as the reevaluation of work seems to point to employees strongly favoring type Y over type X kind of work environments.

The preference for Y-type organizations also seems to coincide with the rise of positive psychology and positive change. Contrary to conventional (negative) change approaches that assume that things that got broken need fixing, positive change suggests looking for what worked best in the past from which to design a new alignment of strengths to move forward.

In hindsight, the pandemic seemed to have expedited the need for more positive work environments, substantial involvement, and self-determination. The direr the circumstances, the more people want to be involved in designing their future.

In context, the following quote by Edward de Bono seems most appropriate: “You can analyze the past, but you need to design the future.”

The following image (source PlanOpedia) paints the picture, adding a third theory, Theory Z, based on the work of Abraham Maslow. 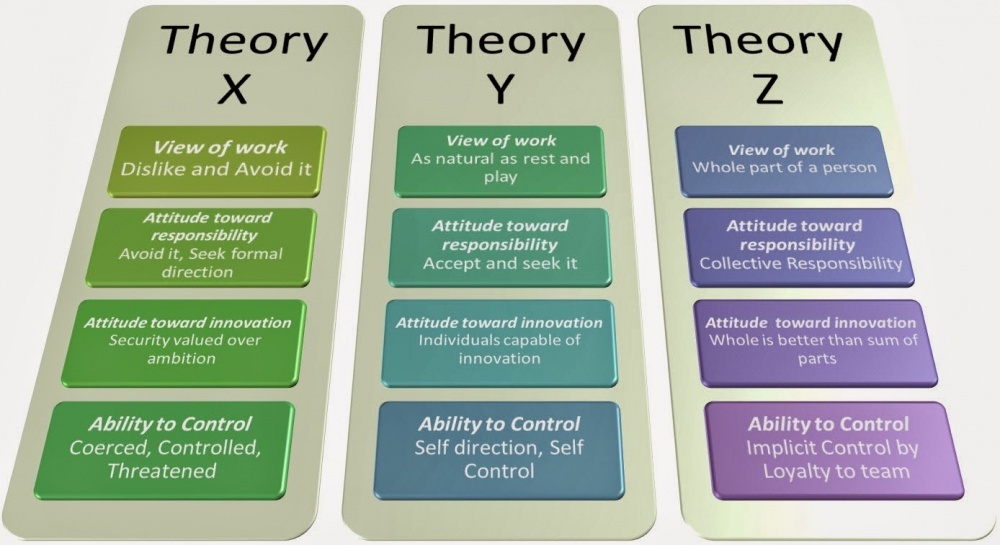 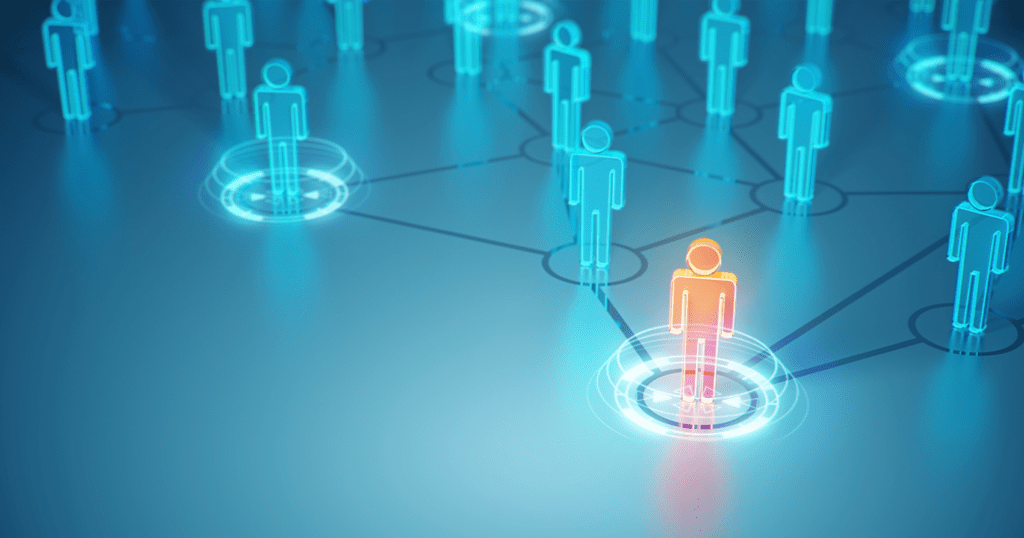